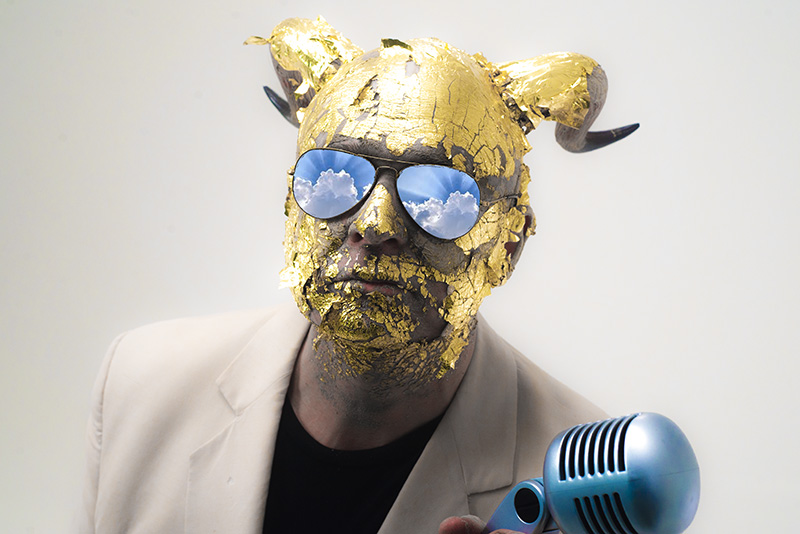 Kevin Armstrong is Iggy Pop’s regular guitarist. He has collaborated with Bowie and Morrissey, worked with a host of others including Paul McCartney, Roy Orbison, Sinéad O’Connor, Prefab Sprout and Brian Eno. Phew. But you may have never heard of him. Now, for the first time in a long and illustrious career, his name fronts a fine collection of songs, beautifully performed.

Kicking off with the title track Run and Where Does All The Time Go? (two of the three tracks co-written with David Bowie) this self-produced CD is very much a solo venture. Aside from the contributions of cajon, drums and percussion by Mat Hector and Martyn Baker on five tracks, Terry Edwards’ saxophones and guest guitar solo by Paul Cuddeford on the other Bowie co-composition Outside, the instrumentation and vocal is all Kevin’s. The production, recorded at his own Squirrel Mountain Studio, is pristine and rock-solid throughout and expertly polished by Dick Beetham at Hastings’ 360 Mastering. Six of the eleven tracks are sole Armstrong compositions and are, as the cover by Fox Campion-Armstrong and Lynsey Hayton suggests, loosely connected by the theme of mortality. Dog Ate My Giro, a deceptively titled song which disguises a plaintive introspection, precedes the distorted riff-driven Leucocytes Of Love (my particular favourite). Two ballads follow, the mid-tempo 6/8 of The Way of All Flesh features delicious slide and acoustic guitars complementing a mellow, reflective vocal. The tragic On Beachy Head, with its wistful, sad refrain, is a heartfelt tribute to a friend who took his own life. Feel This Jones(complete with backward guitar solo) and the yearning plea of Clean, sees Kevin once again defiantly confronting his bogeymen.

A lovely version of Morrissey’s He Knows I’d Love To See Him and a Morrissey/Armstrong collaboration, Oh Phony, complete this accomplished album. Run is a project which Kevin has been hatching for some time. Taking advantage of a recent hiatus from his duties with Iggy Pop, which resume in April 2019, he decided to make it a priority to complete the thing. I’m glad he did.

• You can buy copies of Run from Wow and Flutter, 8 Trinity St, Hastings. Alternatively, message Kevin Armstrong Guitar X on Facebook, or email him directly on kevinarmstrong45@gmail.com

Cuttlefish are nearly all exported to the continent, but the Eurozone crisis has made this more difficult, so we need to develop a market for them here in the UK, something we're happy to do. At HASTINGS TV we thought you would like to support our friends on the beach as they truly are, the soul of our community. Sussex Sea Fisheries Committee has judged the level of fishing well within sustainable limits. They’ve also started to lay artificial substrate in breeding areas to provide a safe place for eggs to develop away from greedy predators. Shop local !!

Kate Bramwell-Cole commissioned a set of fashion shots for her new online shop. Tim Nathan produced and directed stills and an excellent promo video to use on the web and social media.